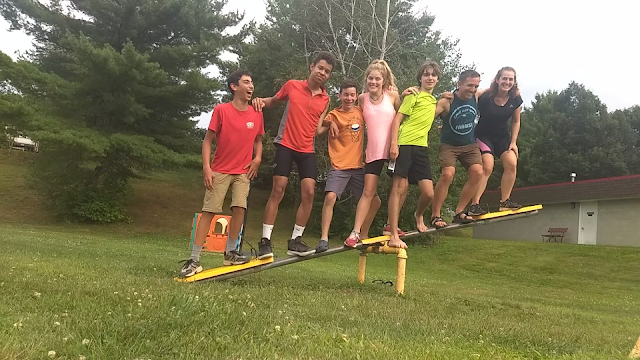 Today we left the hotel early because we had forecasted rain. We left the city and immediately encountered a lot of uphills, which we would keep on encountering today with very few downhill portions. We had lunch next to a horse field. After a particularly nasty set of uphill sections, we had a "coasting contest" (aka we bike safely down a very large hill to see who could go the farthest before they had to pedal). Noah won, although I managed to break my own speed record at 56.4kph (34.84mph). Adam managed to do the same as well. We biked through Cambridge to the campground. We hung around, played a few card games, had S'mores, and then went to bed.
Posted by Teen Treks at 10:06 AM